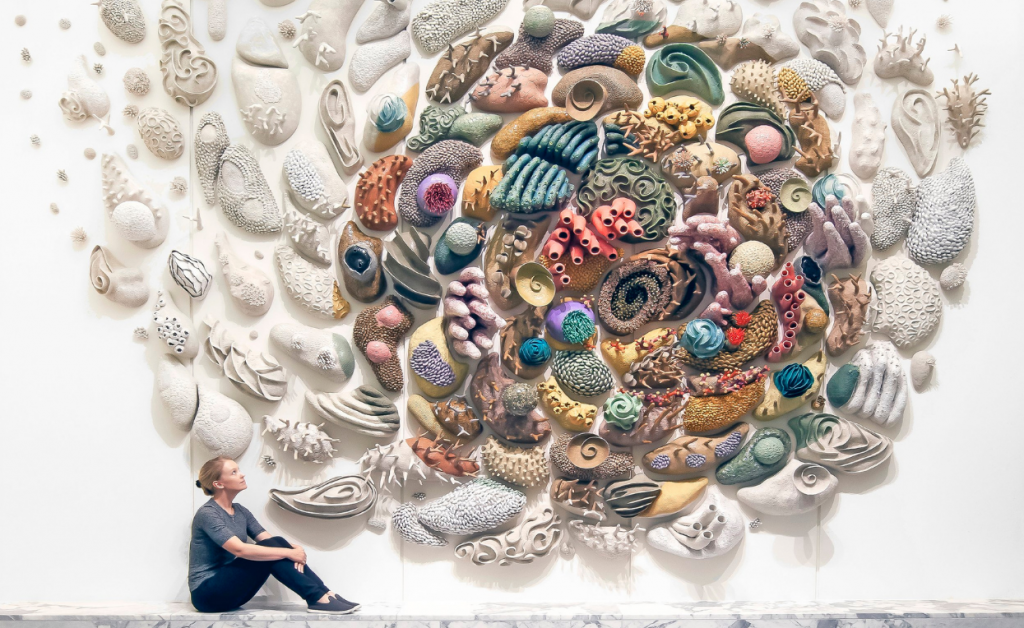 The news about climate change is dire and mired in politics. Earlier this month, United Nations Secretary-General António Guterres stated, “We are on a fast track to climate disaster: Major cities underwater. Unprecedented heat waves. Terrifying storms. Widespread water shortages. The extinction of a million species of plants and animals. This is not fiction or exaggeration. It is what science tells us will result from our current energy policies.” While the vast majority of scientists agree that overwhelming evidence points to human activity as the cause of climate change, which is raising average global temperatures and driving an alarming increase in the frequency and intensity of storms, a wide chasm exists between what scientists know and what the general public understands.

Throughout history, art has helped societies progress, expanding our understanding of complex issues. Today is no different as artists offer views of climate change through different as well as powerful lenses, bridging gaps by engaging the public and encouraging action. As we celebrate Earth Day on April 22, we honor two artists, Courtney Mattison and Colin Selig, who each create compelling and distinctive art that tackles climate change. 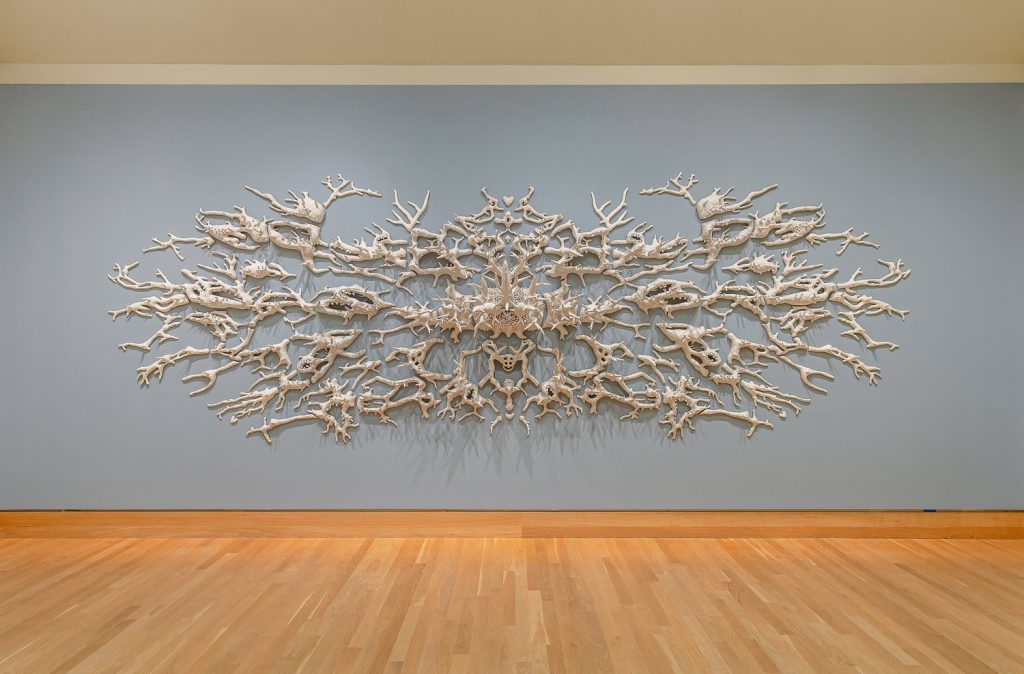 Courtney Mattison creates large-scale ceramic installations, which “portray climate change through the fragile beauty of coral reefs.” A ceramic artist and ocean advocate in Los Angeles, California, Mattison earned an interdisciplinary bachelor’s degree in marine ecology and ceramic sculpture from Skidmore College and a Master of Arts degree in environmental studies from Brown University. A certified scuba diver, she has personally observed fragile coral reef ecosystems around the world, from reefs that are teeming with life to those on the brink of collapse. Her ceramic installation, Confluence – Our Changing Seas V, is part of a series of works that addresses the fragility and vulnerability of these irreplaceable repositories of oceanic biodiversity. In this work, the central corals are colorful, replete with life as they would appear in a healthy, natural coral reef. But, the corals radiating outward are stark white, representing a coral bleaching, an indication of an ecosystem teetering toward disaster. Her work asks the viewer to decide whether earth’s coral reefs will transition toward total collapse or toward recovery, reminding us that ultimately, we are the ones responsible for determining our planet’s future through our action or inaction. 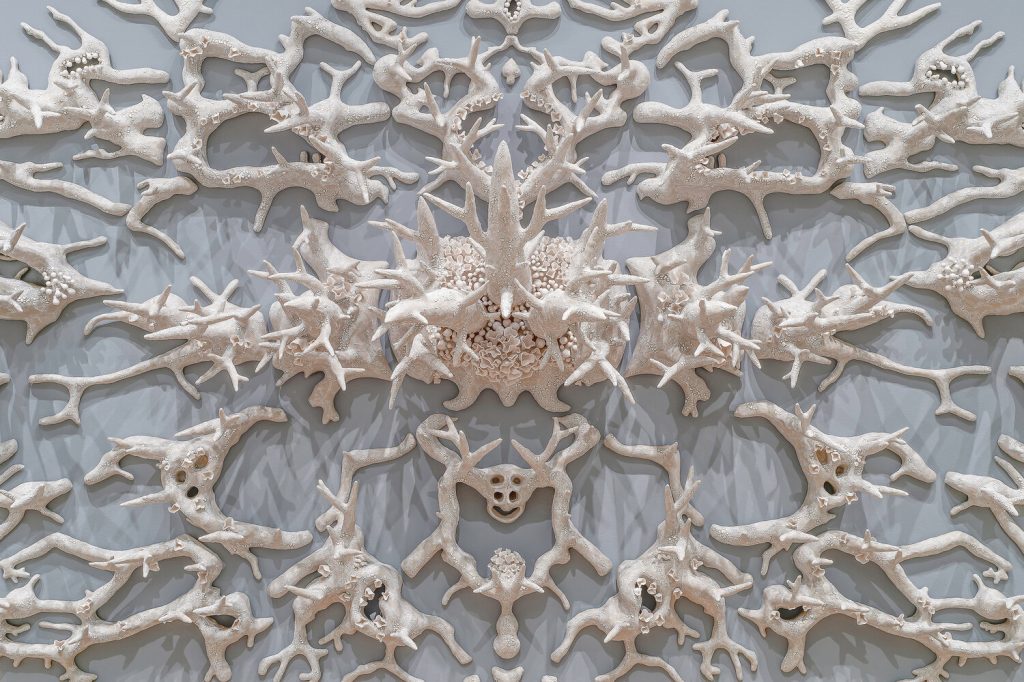 Malum Geminos (“Evil Twins” in Latin) conveys a more ominous message. This ceramic wall relief is composed of highly detailed forms and textures illustrating coral bleaching driven by climate change. Coral bleaching occurs when higher water temperature causes corals to expel the symbiotic algae living within their tissues, turning the corals white as they are deprived of their essential food source. If the water temperature remains high, bleached corals ultimately die. Her work could not be more relevant as many coral reefs, including the famous Great Barrier Reef, are experiencing mass coral bleaching events due to rising sea temperatures.

Mattison’s impressive accomplishments include having her work featured on the covers of of American Craft, Beaux Arts Magazine and Brown Alumni Magazine. Her work also appears in Smithsonian Magazine, Good Morning America, Oprah Magazine and BBC World Service. In 2020, the United Nations Postal Administration published Mattison’s work on a stamp to commemorate Earth Day. She has held several solo exhibitions, and her work has been commissioned for international permanent collections. To hear more about this extraordinary artist in her own words, please watch her short video.

Like Mattison, Colin Selig uses art as a powerful tool to foster climate awareness by engaging the public. He accomplishes this primarily through his conscientious work process. Selig creates eco-friendly, sculpture and seating by repurposing old propane tanks, which have a limited life and end up in metal scrapyards when they are no longer serviceable. His designs are a contemporary interpretation of curvilinear forms and styles that were prevalent in the Victorian and Mid-Century eras.

Propane Tanks in a Scrapyard. Photo by Colin Selig.

“The tanks are carefully dissected and the parts reassembled with no additional reshaping of the material, a repurposing process with a significantly smaller carbon footprint than recycling,” noted Selig. The end product contains 99% post-consumer reused content. The only new materials he uses are welding rods and materials for powdercoating.

Selig uses extreme caution when cutting the tanks with a plasma cutter, ensuring that all remaining residual gas is evacuated before he begins. An ingenious and enterprising artist, Selig patented his process and work and documented his entire process on instructables. He’s currently looking for a manufacturing company to partner with as his concept is scalable.

Raised in an ecologically-conscious family, Selig’s parents taught him the importance of conserving the earth’s resources. His affinity for reuse took shape when he began collecting furniture and appliances out of rubbish bins as a child. Selig studied metal sculpting at The School of the Museum of Fine Arts in Boston while earning a degree in philosophy from Tufts University in 1987.  “My education from that time included apprenticeships with a machinist, race car fabricator, and public art sculptor.  In the next couple of decades, I continued to master my craft, restoring a wide variety of antique vehicles and equipment while doing a limited amount of sculpting.  In 2007 I began to focus on my artwork.”

Selig has received numerous accolades over his career, including ‘Most Interesting Products Award’ from the American Society of Landscape Architects and the ‘Exhibitor’s Choice Gold Award’ at the Smithsonian Craft Show. He was also recently named by CODAworx as one of 2021’s top 25 international “Creative Revolutionaries” leading changes forward in the arts. Selig’s commissioned work can be found across the United States in public and commercial settings, including streetscapes, parks and plazas, municipal buildings, healthcare facilities, museums and retail properties. In addition, his work is in several private art collections. 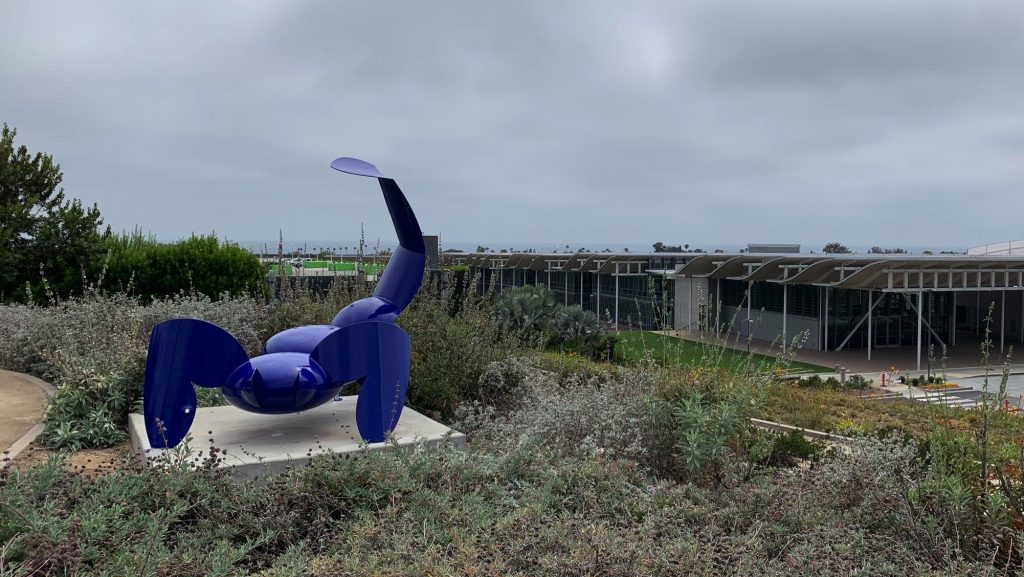 Mattison and Selig are two revolutionary artists whose work focuses on climate change, while encouraging interaction and dialogue with their viewers. There are many other contemporary artists who also reference climate change and other environmental issues through their work. Fran Dubrowski is the director and co-founder of Honoring the Future, an organization with a mission to “harness the power of art to educate, empower, and engage the public on climate change.” With support from the Windgate Foundation, Honoring the Future created the virtual exhibition, Craft Speaks: Voices for a Sustainable Future, which was curated by Dubrowski and features work by 29 prominent craft artists, offering insight about the most pressing environmental challenges today.

CERF+ is concerned for the many artists and communities that are directly impacted by severe weather and climate disasters every year. From severe winds that topple artists’ booths at outdoor fairs and festivals, to wildfires, flooding events, hurricanes, and tornadoes, these events wreak havoc on the lives and livelihoods of artists across the United States and its territories. Recognizing that the threat of severe weather and climate disasters will increase over time, CERF+ encourages all artists to determine their risks and embrace preparedness as a way to minimize impacts from climate change. Please visit our Studio Protector for a wealth of information and resources to help protect yourself, your artwork, and your studio.