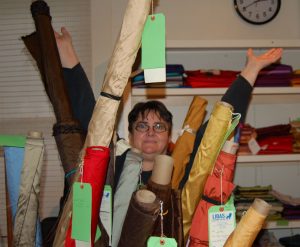 Originally, I had planned to exclude my current medical crisis from Facebook. I would let friends know by e-mail, Messenger, or some other private means. But that became difficult and I started to be concerned that the trickle out method might leave some friends feeling excluded.

So Facebook it must be! Important to me was to acknowledge the role that my far flung community had played in my recovery from my first adventure with Cancer in 2003. It was so necessary and heartfelt to point to the role that CERF+ had played in getting me through that financial crisis.

At the end of the post, where I had tagged CERF+, I was surprised to see a pop-up message from Facebook for creating a fundraiser for this non-profit organization!

With one click from me the Fundraiser was live! Within minutes a friend from High School had made the initial donation and we were off! It was astonishing to see the response from readers. In less than a week over $1,000 had been deposited in the CERF+ coffers! This was the same time as the most virulent of the CA fires burned and hurricanes in the East washed studios away. CERF+ would be seriously extended in supporting makers and these added funds were in immediate need.

So that was it. With a minimum of effort I had created a real Fundraiser. No paperwork. No handling of money. Just a great opportunity to give to a great organization.

I am writing now because I want everyone to know how easy this is to do. Perhaps you don’t have any extra cash for giving but that does not mean you cannot run your own fundraiser. That is a big part of giving. Since using this myself, I have seen other folks create personal fundraisers for friends in need of a financial leg up. This is easy. This is ours. “Make it work!”

Pamela Hill grew up in an Amish area of Illinois where there was a strong tradition of quiltmaking and she learned the craft early. She earned a Bachelor of Arts degree from the University of Illinois and pursued graduate studies at UCLA before she returned to quiltmaking and established her own studio in the Northern California Gold Country in 1976.