CERF+ > CERF+ Responds to Disasters > Hurricane Maria > From Survival to Growth: A Story of Resilience in Puerto Rico

From Survival to Growth: A Story of Resilience in Puerto Rico

From Survival to Growth: A Story of Resilience in Puerto Rico

Living on a Caribbean island, I’m always concerned about tropical storms and hurricanes. I have experienced two – Hugo and Georges – but never imagined one as devastating as María. This is the story of my own experience and how CERF+ became a lifeline for me, my art and my livelihood.

While Puerto Rico has been challenged economically, I’ve always been able to sell my work, especially during the holiday season. 2017 was a good year for me. I worked mostly in ceramics and was invited to four important shows and was accepted as a member of the International Academy of Ceramics.

At 5am on September 20th, the sound of the wind, water and things flying around changed all that. Windows and doors were shaking and water was filtrating through any tiny slit between windows. It was a long, scary day. I was worried about my family and friends.   When it was over, so much was destroyed. A big knot formed in my stomach as I drove my car on a small patch of road only to see more devastation and no safe way to drive around. I finally got to my studio and saw that it was okay. A lot of trees had fallen, but there was no serious structural damage.

My immediate concern was survival. Everything was down and mostly closed. For more than 45 days there were huge and long standing lines at groceries stores and gas stations. Water, bread and gas among other things, were rationed. I realized then that it was going to be a long way to recovery. I was emotionally shaken by the massive impact of this hurricane; to see so much devastation and to see and feel the pain and suffering of those who lost a lot more. I was very concerned out the possibility of lack of food and water. It was surreal.

Once I passed my immediate concern for safety and survival, I felt the anxiety of how I was going to make a living and support myself economically after this. I lost a whole section of classes at the museum where I teach and the stores where I sell my work were closed.

The Puerto Rico Museum of Art shared information about CERF+ and I decided to apply. The first way CERF+ helped me was by listening. Just by being there and offering a possibility, I felt hope and stepped out of the narrow space of concern for the future I had put myself in. I felt part of a larger community.   With help from CERF+, I was able to get back on track. I fixed my car and was able to buy materials and battery powered tools to keep working in a more efficient way. Physically and emotionally a huge weight was lifted. I could put more time and effort into working not only on my craft but into creating a strategy for broadening venues for selling it.

I spent 110 days without electrical power and 45 days without water. Today, many people still have neither.   Because of the lack of electrical power, I was not able to fire my ceramics, so I started making jewelry again. It is a medium that offers the possibility of finishing work with little or no electrical tools. As an artist, expressing myself is a way of healing.

I re-learned that life changes in a split second; that changes may bring you growth and opportunities if you let them. I learned ways to better protect myself in the future and that protection is not only physical but economic, emotional and spiritual. I needed to reexamine the way I work and produce and manage the sales of my craft in order to be prepared for the next time. We’re not alone. We’re part of a larger community no matter where we are. I feel blessed in many ways and I am on my way to recovery.

Diana Dávila is a sculptor, ceramicist, jewelry designer, draughtswoman, painter and teacher. Dávila earned her BFA at The University of the Arts and a certificate in fine arts at the Pennsylvania Academy of the Fine Arts in Philadelphia, Pennsylvania (1985). Dávila’s sculptural work is characterized by the use of cement, the predominance of blue and green hues and by the configuration of interconnected forms in her compositions.

I spent 110 days without electrical power and 45 days without water. Today, many people still have neither.   Because of the lack of electrical power, I was not able to fire my ceramics, so I started making jewelry again. It is a medium that offers the possibility of finishing work with little or no electrical tools. As an artist, expressing myself is a way of healing. 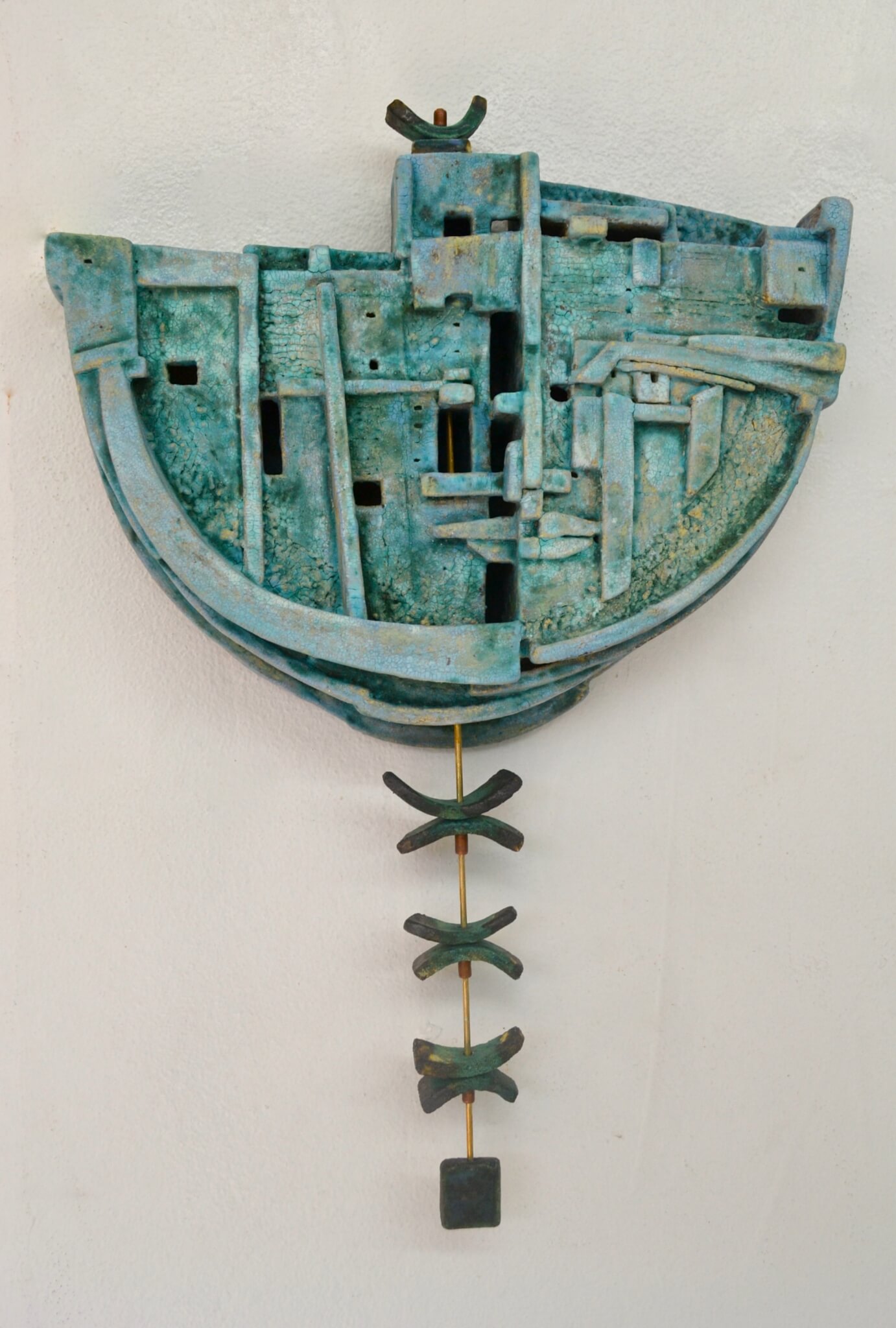