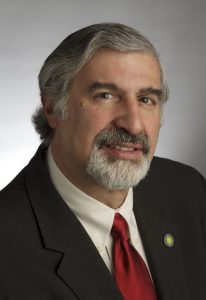 Dr. Richard Kurin, the Smithsonian Distinguished Scholar and Ambassador-at-Large, joined the CERF+ board for lunch during their spring meeting in Washington D.C. on April 26. The insight he shared with respect to Russia’s attack on Ukrainian culture and our collective responsibility to protect Ukrainian heritage felt so poignant and pertinent to our community that we wanted to share a recap of his presentation with our readers. The following is our summary of his presentation.

Kurin observed that no matter our national identity or geographic proximity to the war in Ukraine, as members of the human race, the gravity of the situation affects each and every one of us. When an entire country is at risk from war, the life or death precipice that grips its people also jeopardizes their cultural heritage. In the face of bloodshed, it is easy to lose sight of the importance of cultural preservation, but we must remember that the impacts of cultural loss will reverberate across generations whenever heritage is targeted for destruction. Culture represents liberty and freedom of expression. It is what gives people a sense of their history and identity, imbuing them with strength, hope, and resilience. The destruction of a people’s culture is often an object of war—and is especially so in the case of Russia’s attack on Ukraine.

The Smithsonian Institution gained firsthand experience and established a program in cultural rescue with the Center for Folklife and Cultural Heritage mounting efforts after Hurricane Katrina, to the Smithsonian moving to full-blown, massive efforts after the Haitian earthquakes, and with the wars in Syria and Iraq. In responding to the Haitian disaster, Kurin was inspired by Cori Wegener, a decorative arts curator at the Minneapolis Institute of Art and an Army reservist who had been called up to serve in the 2003 Iraq war. Wegener served as a “monuments woman,” helping to save the Iraqi museum and the Jewish archive, and then started the U.S. Committee of the Blue Shield. Kurin hired Wegener, and together they developed a response. The Smithsonian took over a U.N. compound, hired a Haitian staff of about 50, sent in some 160 conservators, collection managers, and other experts over a two-year period, saved more than 35,000 artworks, artifacts, and rare books, restored museums and galleries, trained well over 100 Haitians in conservation, and established a conservation center at a university. In Iraq, it trained hundreds of heritage workers helping to run and support an institute in Erbil, and it has been working to restore the Mosul Museum and the famed archaeological site of Nimrud. Smithsonian has also run projects in Mali, Nepal, the Bahamas, and Afghanistan and domestically works with FEMA as co-chair of the Heritage Emergency National Task Force, where it has run projects in Puerto Rico, the U.S. Virgin Islands, and numerous states.

With the ascendancy of ISIS in Syria and Iraq, staff at the Smithsonian, the Penn Museum, and the American Association for the Advancement of Science developed methods for monitoring cultural heritage destruction by satellite. This enabled the development of models to predict and assess ISIS misdeeds and also use the data for the Allied army’s retaking of both Mosul and Raqqa in a way that helped limit further cultural destruction. The Smithsonian is now using that methodology to monitor the situation in Ukraine.

For the past year, the Smithsonian, with access to satellite imagery, has been monitoring Ukrainian sites in partnership with the Virginia Museum of Natural History through its Cultural Heritage Monitoring Lab. In January, just before the Russian invasion, one project analyst published a paper noting that Russian partisans were building memorials in public spaces celebrating the 2014 Donbas insurgency and annexation of Crimea. The Russians were culturally marking territory as theirs.

After the February invasion, the monitoring lab ramped up its efforts and now monitors some 28,000 Ukrainian cultural sites by their geospatial coordinates. Analysts track heat signatures from bombing, artillery shelling, and burning and then closely examine each possible incident where a cultural site has been damaged or destroyed. So far, the lab has identified over 200 cases. The Smithsonian then informs its Ukrainian colleagues so they can respond–if possible– to save collections and facilities. The data will help plan the scope and needs for a cultural recovery. And, the Smithsonian examines evidence that a cultural site has been singled out for destruction—as that is a war crime under the Hague convention.  This effort is especially important as Putin contends that there is no true Ukrainian culture and thus no basis to support a claim to a national identity and sovereignty for its people. One way for Putin to buttress that claim is for his military to erase Ukrainian cultural heritage from the landscape.

Kurin noted that the Ukrainians obviously have another idea. Kurin recalled taking a group of American musicians and performers to Kyiv in 1990 as part of the opening up of relationships between the Soviet Union and the West given policies of glasnost and perestroika. The Soviet Union participated in the Smithsonian Folklife Festival in 1988. In 1990, the American group included Alison Krauss and Union Station, Santiago “Jimmy” Jimenez Jr. y su conjunto Jessie Castillo, the Hawai’ian Kanaka’ole hula group, tap dancer LaVaughn Robinson, and the Young Tuxedo Brass Band from New Orleans. They performed on the streets of Kyiv, in factories, and in rural towns to great appreciation. Freedom was in the air in Ukraine. It was in the midst of declaring independence from the Soviet Union, and it was obvious that Ukrainian music, artistry, and other forms of grassroots culture energized the movement. The Ukrainians succeeded.

Now, cultural sites, collections, music, artistry, vernacular architecture, and other forms encapsulate, energize and express an identity that gives Ukrainians the strength to defend themselves and persevere. Culture is a source of resolve and resilience. Supporting that, the Smithsonian, along with partners in the Federal government—including the State Department, Defense, Justice and Homeland Security, numerous museums in Europe, and international organizations like UNESCO, ICROM, Blue Shield, Prince Claus, and Aliph Foundation, are working closely with the Ukrainian Ministry of Culture and networks of Ukrainian organizations to provide museums, archives, libraries, and other cultural organizations with advice, expertise, materials, supplies, and equipment to secure their collections and facilities from damage, destruction, and looting.

The Smithsonian and other partners are working on other efforts. The American Folklore Society has an effort with almost 60 Ukrainian organizations to save their digital databases. Another effort—Save Ukrainian Cultural Heritage Online, is uploading and saving information on Ukrainian public websites. In Poland, aside from the truly gargantuan effort to care for more than 2 million refugees, some cultural organizations are figuring out how to support displaced artisans so they can continue their work and make a living. Ceramicists need access to kilns, weavers to looms, and so on. Kurin recalled how such artisanal expression also helps process the trauma experienced—for example, in Haiti, after the 2010 earthquake, the Smithsonian sent canvases, paints, and brushes to artists in the country so they could “paint the disaster” and thus creatively capture the loss, pain, and resilience of the society.

Kurin noted the challenges involved in Ukrainian cultural rescue efforts. A lack of beforehand training and preparation meant that most organizations lacked plans, skills, supplies, materials, and equipment to quickly protect and secure their facilities, protect, pack, and where necessary, evacuate their collections, and provide basic safety, security, and other arrangements for their employees. Also lacking are diplomatic and formal governmental agreements that allow for interventions and enable helpful, supportive projects. Additionally, a big issue in cultural response is funding. The Aliph Foundation was created a few years ago with an $80 million fund as an international source for quick, emergency funding. It has been successful in many countries and has devoted about $3 million to the current crisis, but its support just scratches the surface given the scale of needs. Others, like the Smithsonian, may have some funding to apply immediately, but as Kurin noted, he too is trying to raise money while responding to the crisis.

Kurin summarized that the scale and scope of the work is enormous because the workers who are striving so valiantly to protect their country’s heritage must also be protected. There is much to do in helping and supporting cultural workers, artists, scholars, and others who are now refugees in other countries. We need to consider how we can help artists and artisans who had to leave the country. As they rebuild their lives, their voices must be heard and every effort made to help them continue to build their cultural heritage through their work.

Finally, Kurin noted that Ukraine won’t be the last case. The Smithsonian is hearing from other countries on the front line that are concerned about the violence and destruction spilling over across their borders. Places such as Moldova, Georgia, and the Baltics may be particularly at risk, so we need to plan now in case those areas are targeted by Russian aggression in the future. But other wars and conflicts loom around the planet, as do climate and weather disasters that are likely to increase as a result of climate change.  If culture is to play a role in giving life shape and meaning, and if art is to turn experience into something beautiful and give us hope for the future, then it needs to be protected, preserved, and continually encouraged and supported—especially in the midst of travail and disaster.