Perspective Through a Hurricane 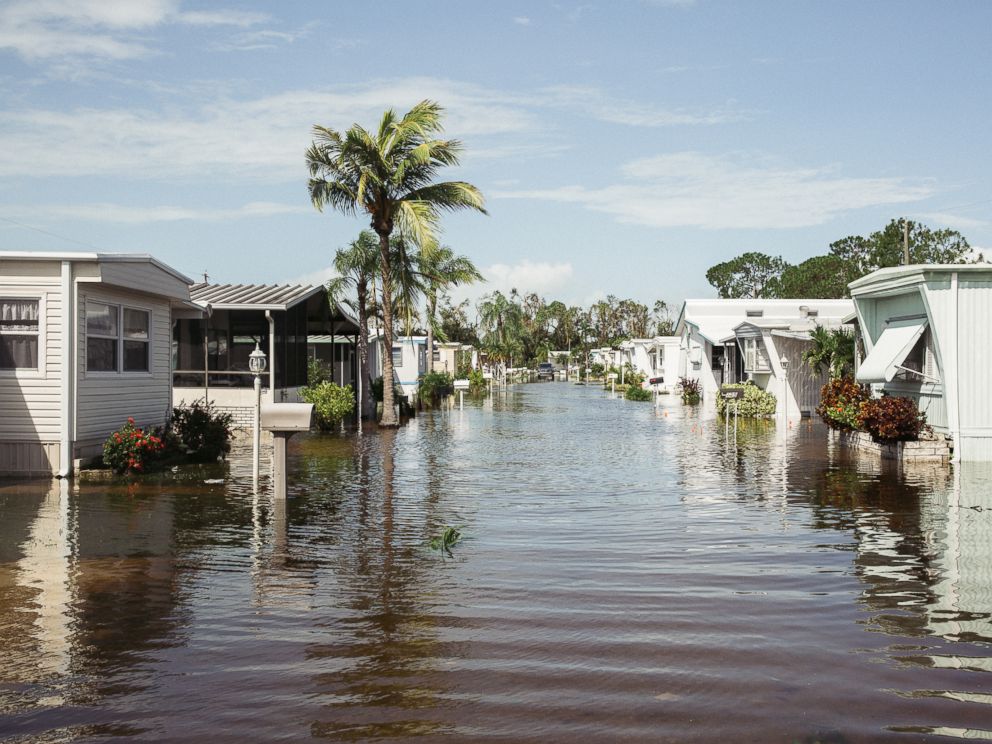 By
Jed Dodds, Executive Director
The Studios of Key West

Irma was my first hurricane, but it certainly wasn’t Key West’s. I moved here five years ago to take the reins at a growing art center, and quickly became attuned to the way storms serve as rites of passage and touchstones for anyone who’s lived through at least one. When you buy a house in Key West, you get a report on what insurance claims were filed during Wilma, or George – like kicking the tires on a used car and checking to see if it’s been in any accidents.

No one can accuse a hurricane of sneaking up on you. A week before Irma landed, folks in the Keys were laughing about it, but on Tuesday morning – 5 days out – it was clear she was no joke. As a first timer, I was struck by how focused everyone was. For the most part, everyone knew right away if they were staying or going, and what that meant by way of preparation. Gas the car, put up your shutters, get everything a foot or two off the floor in case of flooding, and fill whatever you have with water – not so much to drink as to flush the toilet once the plumbing goes out. I chose to evacuate with my family, and found myself at the beach the night before we left, with a half dozen others, filling sandbags by flashlight. On Wednesday morning, the official evacuation order was given, and on Wednesday night the airport shut down. 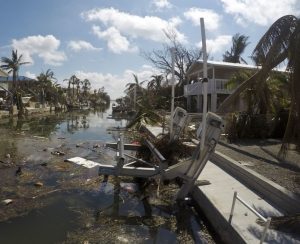 Which isn’t exactly to say we were ready. About the only thing you can guarantee about a hurricane is that they are unique and unpredictable events. For storm veterans and “Conchs” (people born in the Keys), comparisons are inevitable. Wilma, which hit here the same season as Katrina in 2005, was the last big storm, and was essentially a flooding event. Practically the whole island was submerged. They say 90% of the cars had to be junked afterward, and the streets were lined with refrigerators like tombstones, alongside mounds of sodden sheet rock.

Irma, by contrast, was all about wind, which meant the damage was more arbitrary. The truth is, in Key West itself – the big island at the end of the chain, and the economic heart of the Keys – your home was probably okay unless a tree fell on it (and plenty did). In a bitter stroke of irony, the former home of Shel Silverstein, author of “The Giving Tree,” was flattened by a giant kapok tree. But perhaps the most common emotion is survivor’s guilt, knowing that the eye of the hurricane actually passed over the Keys about 20 miles up the road, a short distance that made all the difference. To make it worse, the Keys that were hardest hit – islands like Cudjoe, Sugarloaf, Big Pine and Little Torch – house a disproportionate number of working class people down here: hotel workers, school teachers and others who’d been squeezed out of the Key West real estate market.

By and large, people swung into action after the storm with the same sense of purpose as they had prepared for it, and I’m proud to say that our creative community was at the front of those efforts. My own organization, which sheltered 20 people and assorted pets during the storm, is now temporarily housing a librarian, two teachers and their families in our artist residency cottages, and has been actively connecting artists with grants and other assistance. Artists have led cleanup efforts, delivered fresh-cooked meals and opened distribution centers for shell-shocked residents of the Lower Keys.

As tough as Irma’s been, however, I’m struck by how many people say it’s worse than Wilma was. You get the sense this one’s been harder, emotionally. The flip side for those of us who got off easily is the terrifying knowledge of exactly how much worse it could have been. Anxiety runs deeper now and as someone who works and advocates for artists, I’m particularly worried on their behalf.

I’ve always resisted the notion that artists are somehow exceptional; on a basic level artists are just small businesses unto themselves. But there are easier ways to make a living, and artists are generally people who’ve answered a calling more than chosen a profession. Our society leans heavily on people like this, and Irma laid bare just how little support there is for them – especially in a place like Key West, where housing costs commonly eat up 60% of your household budget.

So what are the lessons I’ve drawn from my first hurricane? First of all, yes, preparation is key. We know how to get ready for a storm, and you should too. Have all your important documents backed up and handy. Know what your insurance covers, and doesn’t.

At the same time, the experiences of artists I know from Irma makes me wonder how prepared we really are. The threat is rarely as clear as damaged artwork or a flooded studio. It’s a woodworker’s pickup truck that got crushed by a tree and may only be worth $1,000 on an insurance claim, but is the backbone of his livelihood. Or the musician for whom a month without gigs means a month they can’t pay the rent. Too many of us in this wealthy nation are living a lot closer to the edge than we care to think, and the truth is you don’t have to be an artist, or live in the Florida Keys, or even Houston or Puerto Rico for that to be the case. Sometimes it just takes a hurricane to make you see it.