CERF+ > News > What Would I Do Differently? Insurance Advice from the Trenches 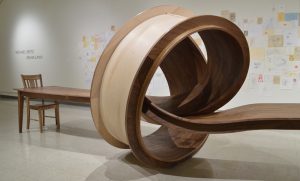 What Would I Do Differently? Insurance Advice from the Trenches

Many craftspeople who are in the process of recovering from a natural disaster or devastating fire will tell us they’re finding out a lot about insurance that they wished they had known beforehand.

“When I’m on the other side of this emergency,” they say, “remind me to tell you what I learned so that others won’t have to go through what I did.”

In this issue of cerfnews, we’ve decided to share some advice from craftspeople about finding insurance companies, choosing the right policy, and taking measures to make sure you will be adequately covered should an emergency ever strike. Our hope, and theirs, is that you will gain from their experience – and avoid having to learn these valuable lessons the hard way.

One couple we spoke to were taken by surprise by how uncooperative their insurance company was after a fire consumed their home and office. They suggested that when choosing an insurance company, you shop around before committing. Part of your research might involve talking to people who have been through an emergency and finding out if they were happy with the coverage and service they received from their insurance company.

KNOW WHAT YOU’RE GETTING INTO

Digesting the fine print of a complicated insurance policy may be the last thing you want to do, but it will guarantee that there are no surprises later on. A couple of the people we spoke to assumed their studios were covered by their homeowners’ policy, since they operated their businesses out of their homes. But when it came time to make a claim, they found out that, according to the insurance company, the studio was not technically a part of their “home,” since it was used for business purposes.

“This distinction was stated in the policy,” said one of these craftspeople. “I just hadn’t ever taken the time to read it. You need a clear understanding of what’s covered. Make sure you read your policy carefully and know what it says – or have someone you trust do it on your behalf. It’s simply good business.”

One craftsperson suggested asking the following questions when choosing a homeowners, business or renters’ insurance policy:

One of the people we talked to said she and her husband did an initial inventory when they purchased their policy but weren’t as thorough as they should have been. They also neglected to modify their policy to reflect the additional belongings they had accumulated over the years. When a fire nearly destroyed their home, they found out the hard way that they had underestimated the value of their possessions: the coverage on their business insurance policy – which they had purchased for their home office – came up short by 30-40%.

This couple advises that you conduct a comprehensive inventory at the time that you purchase your policy, and then take stock of your inventory every year or two afterwards to avoid getting into the situation in which they found themselves.

Experts recommend going slowly and methodically through the house, doing a clockwise sweep of each room. It doesn’t take as long as you might think – and it will be well worth the effort if anything ever happens. It’s also a good idea to take inventory with a video camera and then put the videotape in a safe deposit box. That way you can document quality as well.

Keep slides of your work in a safe deposit box. Sometimes the galleries that represent you or the photographer you’ve hired to document your work will hold onto copies or negatives, but you don’t want to have to rely on them if your work gets destroyed. Keep copies of any important business records and back-up computer files in a safe deposit box also.

The craftspeople we spoke to had a range of experiences with insurance adjusters. Some wanted to warn our readers that insurance adjusters are looking to prey on your vulnerability after a disaster and find ways to give you as small a settlement as possible. Others felt that they had gotten great service and advocacy from their adjuster.

“It was a time when we were in shock and feeling very vulnerable,” said the couple who hired a public adjuster. “It was a relief to know we had an advocate.” Public adjusters generally charge 3-8% of what you recover. This couple felt that they got a larger settlement with their public adjuster’s help than they would have otherwise.

After a disaster, your inclination will probably be to immediately start cleaning things up and throwing things away – in part because it gives you a sense of control and accomplishment in the midst of an overwhelming tragedy. Resist the temptation! Every scrap can serve as evidence to bolster your case with the insurance company.

One craftsperson suggested shooting many rolls of film right after the disaster, so you’ve got every square inch of damage photographed, from floor to ceiling. She noted how easy it is to forget what things looked like, especially in a stressful situation; why not document the damage carefully and relieve yourself of the burden of trying to remember later on?

BE PREPARED TO DO SOME RESEARCH

Adjusters have the values of common household items on record, but when it comes to items that are in any way out of the ordinary, you’re going to have to do some research on your own. One of the craftspeople we spoke to uses some fairly specialized tools in his work. He had to comb through a lot of catalogs to find their current values, which he then presented to his insurance company. Another challenge was documenting the value of the work itself. He needed to ask experts for appraisals of his one-of-a-kind pieces.

ALL IS NOT NECESSARILY LOST

If you feel your insurance company in some way misrepresented your policy to you, you may be able to appeal the settlement. One craftsperson we talked to said the policy he bought had been outlined inaccurately by the agent who sold it to him, and he is now trying to get a settlement based not on the actual terms of the policy, but on the terms as they were explained to him by the agent.

“The agent wasn’t trying to be deceptive,” he explained. “He just wasn’t careful enough in going over the policy with me.” The craftsperson – at the agent’s request – is writing a letter of complaint to the insurance company.

All the people we talked to wanted to stress the importance of getting and staying covered. As one craftsperson put it, “Thinking that ‘this kind of thing won’t happen to me’ isn’t any kind of insurance at all.”

However, they acknowledge that just purchasing a policy is not enough. They encourage other craftspeople to do the hard work and thorough research necessary to become informed consumers, so that if they ever come face to face with disaster, the high premiums will pay off.

CERF+ thanks Harry Hearne, Jay and Janet O’Rourke, Jana Royal, and Jean Sousa and Jim Kelso for their help with this article.