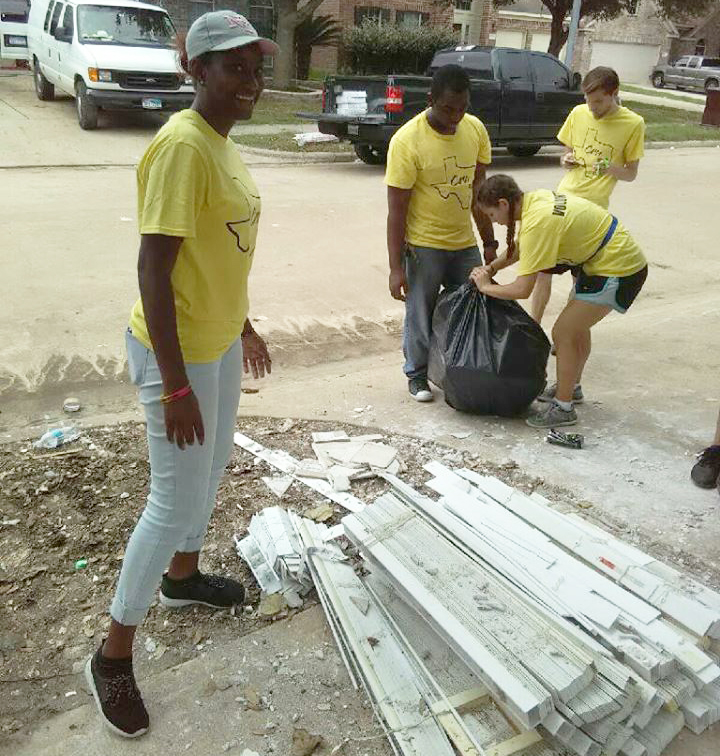 As Harvey barreled across the Gulf of Mexico toward the Texas Coast in August, the swirling tempest revived my still-too-vivid memories of Hurricane Ike in 2008. There’s nothing like experiencing a punishing hurricane to motivate you to be ready for the next one.

Unlike Ike, the forecast for Harvey’s “cone of uncertainty” was consistent and allowed me enough time to prepare. I was determined not to experience the kind of loss I had when Ike swamped Galveston Island and sent five feet of seawater into my studio and lower part of my home.  This time I had it covered.   I dismantled a great portion of my studio and, over a period of several days, laboriously carried tools, equipment and furniture to the second-floor level.

As luck would have it, I ultimately escaped Harvey’s wrath; no water entered my home or studio.  That’s not to say that Harvey didn’t impose annoying inconveniences in the way of back pain, a four-night evacuation, much hand-wringing and social media overload!

Not surprisingly, I also had symptoms of survivor’s guilt.   You see, while the island was mostly spared, Houston and other areas to the north, south and east were not so fortunate.  Harvey’s path was incredibly widespread, devastating miles of coast and causing catastrophic flooding and destruction farther inland than Ike had. Harvey didn’t discriminate either; he inflicted his pain on all types of people and neighborhoods, from the inner city to the suburbs, to the industrial and rural areas. Dire conditions lasted for days.

Artists and art communities were affected proportionately.  With a few exceptions, most of Houston’s visual arts institutions fared very well but the theatre district took a terrible hit.  And because individual artists’ studios are spread throughout the greater Houston area, from the warehouse districts to the suburbs, many artists had flooded studios and homes.

A striking contrast between Ike and Harvey is the hyper-connectivity we have today.  With Harvey, communities stayed connected in real time throughout the multi-day event with smart phones and the power of social media.  Artists were no exception. They live streamed videos, posted images, reported on conditions and arranged rescues.  Even before the floodwaters had receded, artists’ networks and organizations began marshaling resources, setting up funds, organizing benefits, writing blogs and volunteering in myriad ways.  Local arts institutions offered temporary storage space for artists whose works had to be moved to drier ground.  Arts institutions with no damage reached out to those that had damage. A handful of non-profits banded together to form an arts recovery fund to serve a 10-county region, and a future artists’ resource fair is planned for victims.

Every catastrophe is unique, but all share the power to bring people together.   Only two months have passed since Harvey, and our part of the world has already experienced three more deadly hurricanes, several earthquakes, ruinous wildfires and an evil act of domestic terrorism.  I imagine that the solidarity and volunteerism seen in Houston, is playing out in similar fashion in all the places where these other recent disasters occurred.

I’m grateful Harvey didn’t impact me materially, but I’m also thankful that he reminded me of something I also observed after Ike — humankind’s abundant good will in the face of tragedy.  Considering the otherwise worrisome world we live in, it’s encouraging to see so much generosity, fellowship and humanity among us.

Diane Falkenhagen is an art jeweler who lives and maintains a studio on Galveston Island.  She received a CERF+ emergency relief grant after Hurricane Ike flooded her studio in 2008.