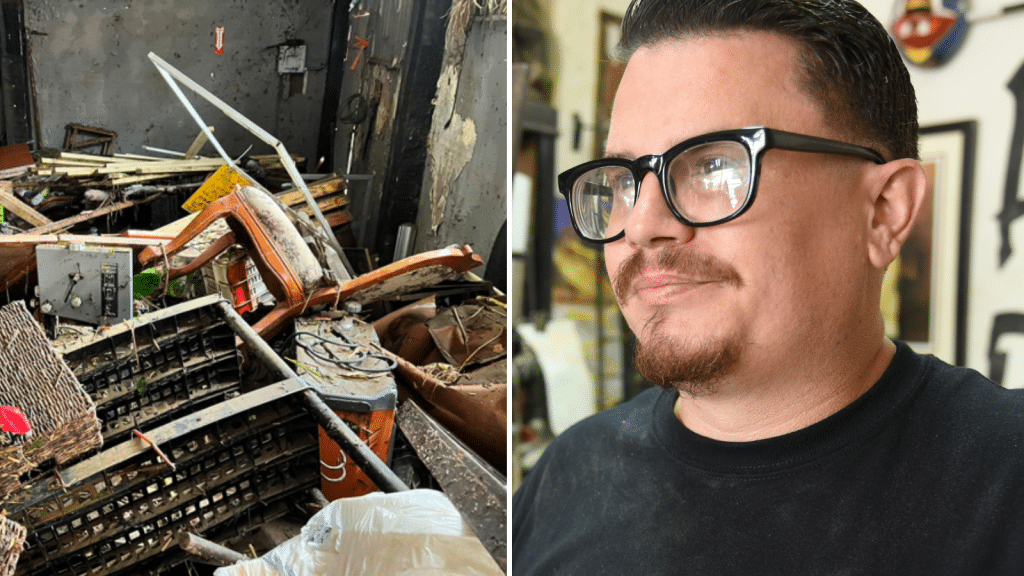 Ricardo Nunez received emergency relief assistance from CERF+ after suffering severe damage to his studio from Hurricane Fiona. Nunez had only recently rebuilt after Hurricane Maria tore through in 2017, damaging the roof and structure of his studio and home.

CERF+’s friends and colleagues on the ground in Puerto Rico are reporting that Hurricane Fiona has caused significant damage, destroying infrastructure and homes and displacing many residents. While the full scope of the damage will be uncertain for some time, we do know that some areas, such as the southern part of the island, received over 30 inches of rain during the storm. The electrical grid was completely knocked out and while most metro areas have regained some power, many of the rural areas will be operating in the dark for an indefinite period of time.

The damage is most pronounced in mountainous regions, where landslides demolished roads and bridges, requiring detours of 90 minutes or longer -or, in the worst cases- completely cutting residents off from other parts of the island. Exacerbating the situation, hundreds of thousands of Puerto Ricans have been left without clean drinking water. Many residents still do not have power, and accidents with generators are common, which have already led to several deaths. The effects of Hurricane Fiona only compounded the difficulties of a community still using blue tarps and recovering from economic losses caused by Hurricane Maria. 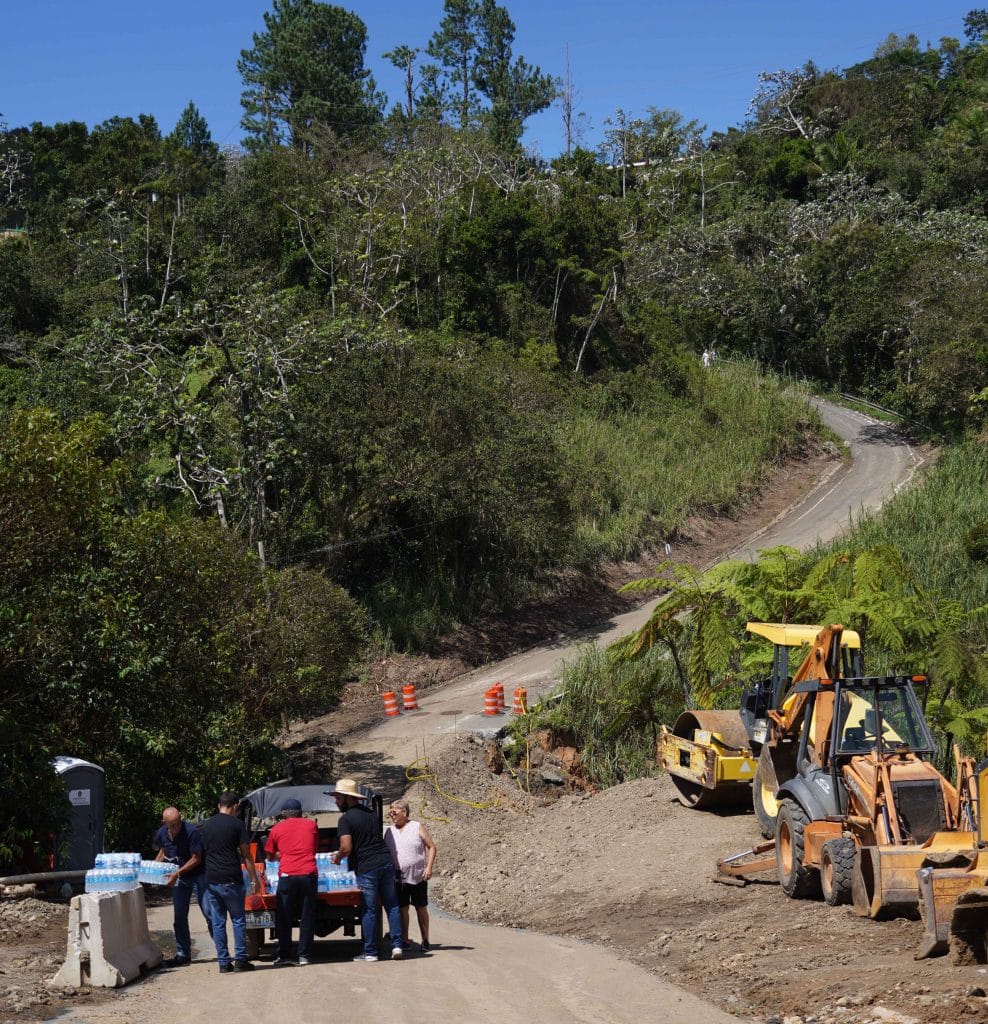 A group of volunteers assist a community delivering water in the Municipality of Orocovis, deep in the mountains of Puerto Rico. Residents don’t have access to power of water. Landslides and road collapse have affected their mobility and access. Photo provided by Pitirre Proyectos

Since 2017, CERF+ has provided 400+ artists more than $785,000 in grant assistance in Puerto Rico. CERF+ has a strong network of board members, consultants, advocates, and supporters that have helped with outreach, grant making and technical assistance to the artisan and craft communities. During Maria, it often took residents 6 months to a year to apply for CERF+ emergency relief assistance. After Hurricane Fiona, we have already received dozens of applications within the first week. Based on our prior experience, often those most impacted by a storm apply later in the process due to the overwhelming nature of their situation therefore we anticipate a high demand for emergency assistance.

Our hearts are with the people of Puerto Rico and CERF+ will remain committed to offering support through emergency grants, advocacy to simplify federal resource requirements after a disaster, and career protection education. We feel devastated seeing artists and artisans who fought so hard to recover from Hurricane Maria in 2017, only to get knocked back down again by Hurricane Fiona, which struck just as artists were actively preparing for upcoming holiday festivals and sales, such as the annual Fiestas de la Calle San Sebastián in Old San Juan. Ricardo Nunez is one of those artists. CERF+ introduced Ricardo to our community through this video that we produced with the Flamboyan Arts Fund about his experiences in the wake of Hurricane Maria. While we are confident in the resourcefulness and determination of Puerto Rican artists, we know their paths toward recovery will be difficult.

Brenna Quigley, CERF+’s technical advisor to Puerto Rico, said “We are operating on a strong base of trust. CERF+ has gained that trust with its unwavering support to hundreds of Puerto Rican artists and artisans throughout a series of emergencies including Hurricane María, the earthquakes in the Southwest, and Covid-19. CERF+’s Puerto Rican partners have been true allies in getting the news out to those artists and artisans in need. Solidarity has been key among those on the ground despite the challenges each faces to operate under these trying circumstances.”

Puerto Rican artists and artisans need your help now more than ever before. Please consider a donation to CERF+.