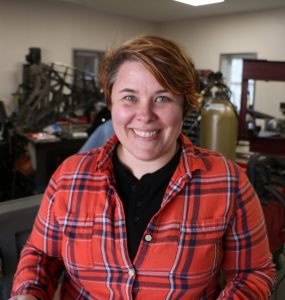 Vivian Beer is a furniture designer/maker based in New England, where she operates her studio, Vivian Beer Studio Works. Her sleek, abstracted metal and concrete furniture combines the aesthetic sensibilities of contemporary design, craft, and sculpture to create furniture that alters expectations and interfaces with the domestic landscape. With a strong foundation in contemporary furniture design, her research into the history of American industry, architecture, and transportation — supported in part by a 2014 Research Fellowship at the Smithsonian National Air and Space Museum—adds intellectual rigor and specificity to her work. Her Infrastructure, Streamliner, Anchored Candy, and upcoming aeronautic series are physical manifestations of the cultural and industrial history of her materials even as they serve as intellectual bridges for their users, bringing them to a new way of conceiving the built world through a luxurious deployment of the senses.

Beer’s work is included in many museum collections, including the Renwick Gallery of the Smithsonian American Art Museum, the Museum of Fine Arts (Boston), the Brooklyn Museum of Art, The Metals Museum, the Currier Museum of Art, and the Museum of Arts and Design (New York City). Her public art is exhibited in Portland, Maine and Cambridge, Massachusetts. She holds an undergraduate degree from Maine College of Art and a Masters of Fine Arts from Cranbrook Academy. Beer has held numerous residencies at The Penland School of Craft, The State University of New York at Purchase, and San Diego State University. She was a 2014 recipient of an artist research fellowship at the Smithsonian National Air and Space Museum.

“There are so few resources out there to directly and quickly help artists who have experienced a disaster. CERF+ bridges the gap that so many creatives, like myself, can fall through when things go wrong. So many of us that work in the creative sector live on the edge, project to project. With a little help we can get back up, but no one can do it alone. CERF+ was there for me when I had my own crisis and I hope, with them, to help be there for others in the same way.” – Vivian Beer 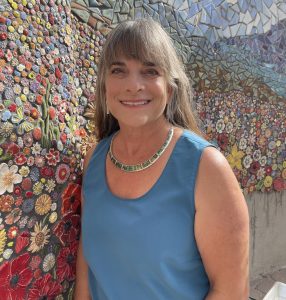 Molly grew up surrounded by a large, exceptionally creative family. Rio Grande Jewelers Supply began as a family operation where she worked alongside her father and siblings and honed her understanding of the challenges of business. Molly is an advocate for arts in the workplace, in education, and in the community. She appreciates artists’ contributions to the quality of life and knows that artists provide heart and soul to our culture, communities, and experiences. She embraces the unifying power of art, craft, and creativity, and describes art as a universal way to enrich lives and celebrate the diversity of our shared humanity. She has served as a board member of several organizations including Harwood Art Center; Escuela del Sol Montessori; Creative Albuquerque; and Manufacturing Jewelers and Suppliers of America. Molly and Rio Grande have supported Sweeps for CERF+ and the Toolbox Initiative since their inception. Molly currently serves as a board member of Leadership New Mexico; Women’s Jewelry Association; and WESST.

“I am honored and excited to have the opportunity to serve on the board of CERF+, an organization I have admired and supported for years. In addition to the remarkable work CERF+ does to provide assistance to artisans after a disaster or setback, I am an avid fan of the “Get Ready” programming. The artisan sector is a key driver of cultural preservation and economic growth in our communities. CERF+’s proactive educational resources and guidance contributes to artisans resiliency and stability through the course of their careers.” – Molly Bell 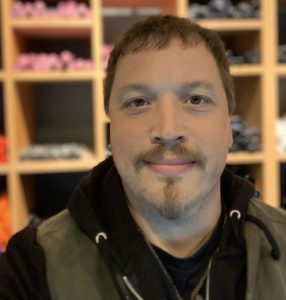 Daniel Joseph Friday is a Native of the Lummi Nation and a lifelong resident of Washington State’s Puget Sound region. Drawing from cultural themes and using modern processes, Friday’s work is contemporary in format while maintaining basic Native American qualities. Dan has spent the past two decades working with artists such as Dale Chihuly, Paul Marioni, and Preston Singletary. Friday lives in Seattle, where he maintains an independent glass studio. His work can be found in collections around the world.

“When I saw glass blowing for the first time, it felt as though I grew an inch! That is to say, a huge weight was lifted from my shoulders. I had finally figured out what I wanted to be when I grew up. This was no small feat for someone who, as a youth, was rebellious and misguided. Glass altered my life. In spite of my colorful past, and by the grace of a loving community, I found my passion in glass. Living as an artist may not be directly saving the world, but perhaps we are saving ourselves and hopefully, in the process, making the world a better place.” – Dan Friday 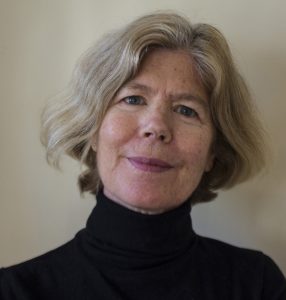 Dr. Hunt’s curated Folklife Festival programs include The Grand Generation: Memory, Mastery and Legacy (1984), White House Workers (1992), Masters of Traditional Arts (1994), Working at the Smithsonian (1996), Masters of the Building Arts (2001), and Carriers of Culture: Living Native Basket Traditions (2006). She was co-curator of the 2013 program One World, Many Voices: Endangered Languages and Cultural Heritage. Her publications include The Grand Generation: Memory, Mastery Legacy and The Stone Carvers: Masters Craftsmen of Washington National Cathedral. Dr. Hunt is the co-producer and director of the documentary films The Stone Carvers, The Grand Generation, Workers at the White House, and Good Work: Masters of the Building Arts.

“I am inspired and energized by the critically important mission and goals of CERF+ and feel honored to join the board. As a folklorist, I am especially excited to help CERF+ with its targeted outreach efforts and strong commitment to serving folk and traditional artists, artists of color, and artists who do not participate in the national marketplace.” – Marjorie Hunt 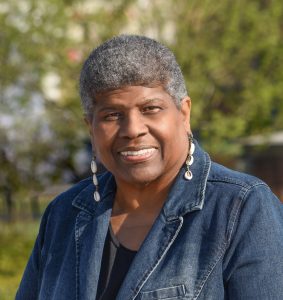 A major force as an artist in her own right, Carolyn Mazloomi’s quilts have been exhibited extensively in venues such as the Mint Museum, American Folk Art Museum, National Civil Rights Museum, Museum of Art and Design, Wadsworth Atheneum Museum, and the Renwick Gallery of the Smithsonian Institution. Her pictorial narrative quilts focus on personal themes: family life, women’s rights, political freedom, and musical legacy, and can be found in many private and museum collections.

Dr. Mazloomi has published twelve books highlighting African American-made quilts. Her artistic work, as well as her defense of solid research, has disrupted long-standing myths about African American quilts, myths much debated among quilt historians and quilters alike, and thus moved the conversation about African American quilt history forward to more a solid academic footing. Involved in the economic development of women through the arts for over 20 years, Dr. Mazloomi’s organization, WCQN, has been recognized by the International Labor Department in Geneva and the United Nations for its developmental programs to help advance women.

Dr. Mazloomi has been the recipient of many state and national honors, among them the 2003 Ohio Heritage Fellowship Award, the first such award for any Ohio citizen. In 2014 she was named a National Heritage Fellow by the National Endowment for the Arts, the highest award given in the United States for traditional arts. In 2014 she was awarded the Distinguished Scholar & Celebrated Artist Lifetime Achievement Award by Faith Ringgold’s Anyone Can Fly Foundation. Dr. Mazloomi is the 2016 inductee to the Quilters Hall of Fame Museum.

“I am honored to serve on the CERF+ board, because the organization has helped so many professional craftspeople at the most critical time of their lives. One never knows when disaster might strike or what form it may take, however it is encouraging to know there’s an organization such as CERF+ ready and willing to step in to help.” – Carolyn Mazloomi