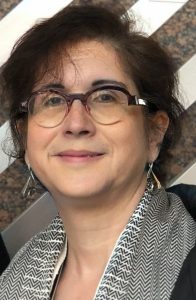 Dr. Allison Druin is currently the Associate Provost for Research & Strategic Partnerships at Pratt Institute in Brooklyn, New York, renowned for its leadership in art, architecture, design, and information studies. Prior to her work at Pratt, Dr. Druin was a Professor, Lab Director, Associate Dean, and Chief Futurist at the University of Maryland for more than 20 years. Allison earned a BFA (1985) in Graphic Design from Rhode Island School of Design, an MS (1987) in Media Arts and Sciences from the MIT Media Lab, and a Ph.D. (1997) from the University of New Mexico College of Education.

With a lifelong passion for bringing people together to promote discussion, research, and change, Dr. Druin established co-founded The Future of Information Alliance, co-chaired the CHI 2016 conference, the largest CHI gathering to date with almost 4,000 attendees, and was named in 2018, ACM SIGCHI Chair for Inclusion. She has received numerous awards and recognitions for her research: named ACM Fellow in 2017, inducted into the CHI Academy in 2016, named ACM Distinguished Scientist in 2014, and received the SIGCHI Social Impact Award in 2010.

“There is nothing more important than supporting the crafts community to sustain and thrive, especially during times of crisis. As the daughter of a long-time enamelist, I have seen first-hand how critical CERF+ is. Decades ago, my father, Melvin Druin, was a CERF+ leader on the Board of Directors, and I am honored now to carry on his love of CERF+ by serving on today’s board.” – Dr. Allison Druin 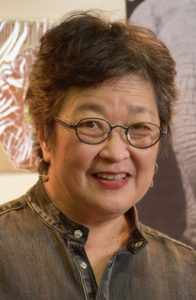 Furniture maker, artist, and educator Wendy Maruyama has been making innovative work for 40 years. While her early work combined ideologies of feminism and traditional craft objects, her newer work moves beyond the boundaries of traditional studio craft and into the realm of social practice. Since 1994, Maruyama has been creating works inspired by the memory of her childhood growing up as a Japanese-American, her interpretation of her ethnic heritage, and her observations of the Japanese culture, looking in from the outside.

Wendy Maruyama has recently retired from teaching at San Diego State University. In addition to SDSU, she has taught at Appalachian Center for Crafts, California College of Arts, and has taught for 35 years all total. She exhibited her work nationally for over four decades, with solo shows in New York City, San Francisco, Scottsdale, Indianapolis, Savannah, and Easthampton. She has exhibited internationally in Tokyo, Seoul, and London. Maruyama’s work can also be found in both national and international permanent museum collections.

“As a studio artist and an educator, I have watched CERF+’s mission from afar and have long admired their mission and their endeavors to help craft practitioners in need.  I know of several colleagues who have suffered injuries or lost their studios to fire, so I am aware of the anguish that these individuals have suffered. To have an organization like CERF+ come to their aid is a godsend.  It is a deep honor to be able to serve on their board and be a part of their continued outreach, especially during these trying times.” – Wendy Maruyama