CERF+ > Blog > A Case for a Folk and Traditional Arts Fund at CERF+: Gullah Geechee Sweetgrass Basketmakers by Barry Bergey

A Case for a Folk and Traditional Arts Fund at CERF+: Gullah Geechee Sweetgrass Basketmakers by Barry Bergey 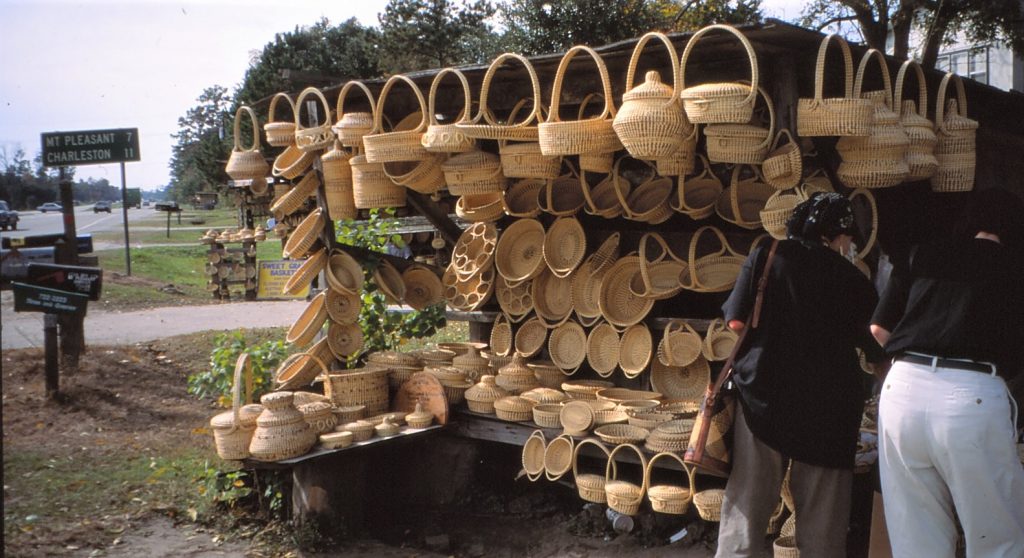 Early in my career at the National Endowment for the Arts (NEA), I had the good fortune of attending a conference in Charleston, South Carolina, on the art of sweetgrass basketry. This centuries-old art form is deeply rooted in African American communities in the region and can be traced to rice cultivation in West Africa. Makers of coiled sweetgrass baskets attending the 1988 gathering were experiencing a multiplicity of threats to their tradition: limited access to the natural materials used in making the baskets due to environmental depredation and rapid private coastal development, barriers to their ability to market the baskets due to the proposed widening of highways where their roadside stands were located, and importation of cheap imitations of their baskets. Out of this groundbreaking gathering of artists came ideas for propagation and preservation of sweetgrass habitats, protection of marketing venues, and perpetuation of basketmaking knowledge and skills. 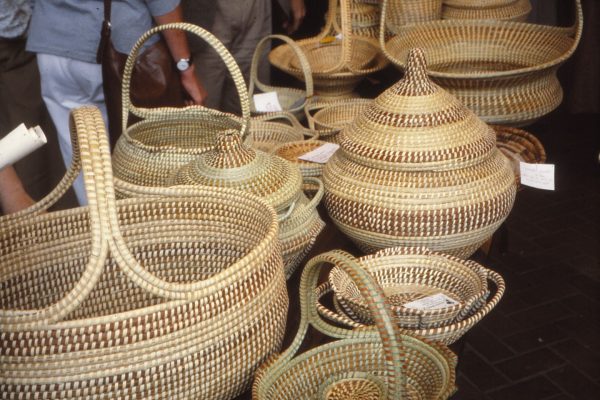 The personal benefit for me, in addition to seeing the incredible innovation and expertise of these artists, was a deeper appreciation of the complex cultural and environmental ecology underlying this regional aesthetic tradition. Summing up her thoughts at the conference, basket maker Mary Jackson, later to be named an NEA National Heritage Fellow and MacArthur Fellow, said: “We always felt that we were selling a tradition not a basket.  That’s why this has remained here in the community for so many generations.” The conference gave basket makers a much-needed forum for voicing concerns about their future and garnered significant media coverage. Following the meeting, basket makers organized an association and petitioned the local leadership to protect the interests of their historically and economically significant craft community.

The timing of this gathering was fortuitous, because in September of 1989 Hurricane Hugo devastated the coast of South Carolina. The nascent community organizing and the broader public awareness of the importance of the basketmaking traditions engendered by the conference led to important recovery efforts. As a result of lobbying on the part of basket makers and their allies, FEMA acknowledged that homes and studios, as well as stands, were eligible for federal assistance. CERF+ provided direct and immediate assistance to individual artists, something the NEA was not equipped to do. Today it is estimated that 300 families and over 1,000 individuals are involved in the basket making and marketing process. 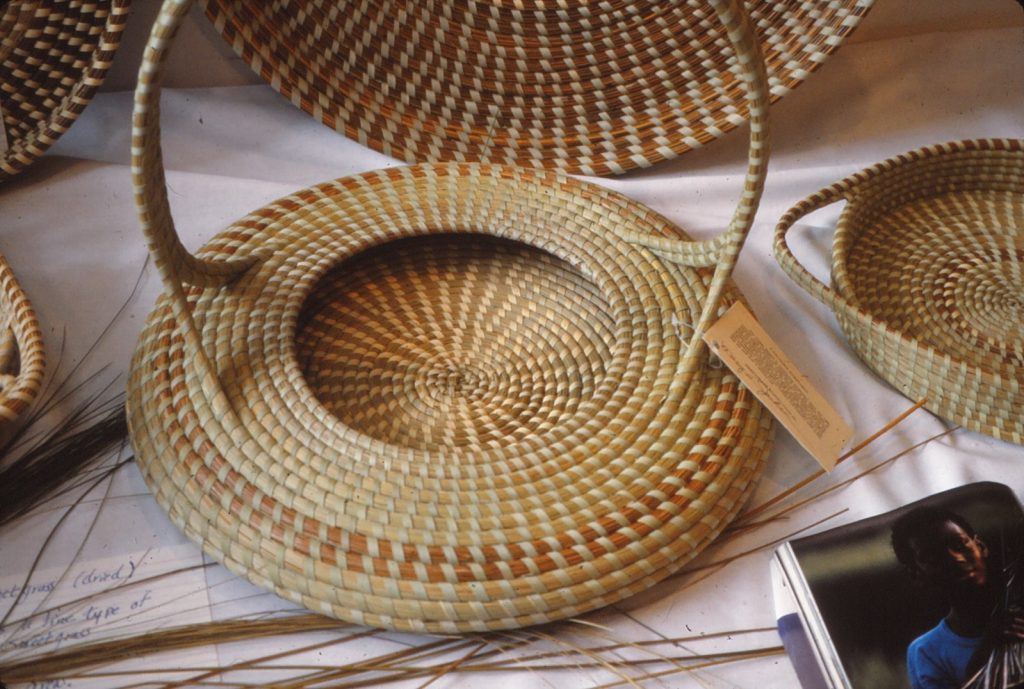 I am exceedingly happy that we are creating a designated fund to support folk and traditional artists. Often community-grounded artists are so deeply embedded within their locale that often they either are invisible to the broader public or they are taken for granted by their immediate neighbors. In many cases craft artists continue to create and innovate without the benefit of institutional frameworks or enhanced market access. Mary Margaret Pettway, a quilter from the Gee’s Bend, Alabama, was recently quoted in the New York Times saying: “We’re not a rich community but I’ve come to know we’re rich in artisans.” We ignore these riches at our own peril. It would be hard to imagine our nation’s cultural vibrancy absent the ongoing presence of low country sweetgrass basketry, Santa Clara pottery, Alaska Native woodcarving, Sheridan saddle making, First Nations regalia or Mardi Gras costume beading, Gee’s Bend or Amish quilting, Rio Grande blanket weaving, or Hawaiian lei making, to name just a few. The seemingly more frequent weather events and the impact of the pandemic makes this new fund at CERF+ even more timely. Financial support after a climate or health disaster is critical, but even more important is the value of listening to the immediate needs expressed by these artistic communities and preparing for the future. The greatest emergency of all would be a failure to act because we chose not to acknowledge the value and dynamism of our diverse cultural and aesthetic heritage. 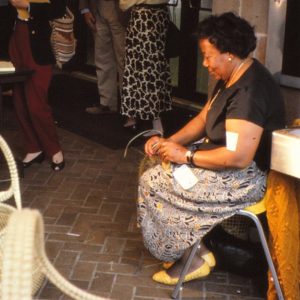 Sweetgrass basketry continues to gain wider attention and acclaim. Scholar Dale Rosengarten wrote, “Today, Lowcountry baskets enjoy international recognition as a collectible form of art whose finest examples are prized by curators and connoisseurs.” A touring exhibition of baskets, accompanied by an attractive catalog, has reached museum audiences from New York to California. In 2006, sweetgrass basketry was named the South Carolina state craft. That same year, the Gullah/Geechee Cultural Heritage Corridor was established under the National Park Service to honor the unique contributions of Lowcountry arts and culture. Still, recognition and adulation are not impervious to the impact of climate, health, and the vagaries of circumstance on individual basket makers. CERF+ is uniquely positioned to provide a safety net for the weavers and their families and thus assure the continued lifeways and livelihoods of this distinct artistic tradition. 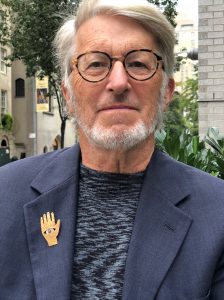 Barry Bergey, CERF+ Board Member and Former Director of Folk and Traditional Arts at the National Endowment for the Arts

“In my 30-year career working at the National Endowment for the Arts in the field of folk and traditional arts, I became acutely aware of the value of our nation’s diverse cultural heritage. It also became clear to me that individual craft artists frequently work both without the benefit of broad public recognition and beyond the reach of most established mechanisms for financial support. When I retired, I wanted to devote a good portion of my free time to organizations like CERF+ that provide valuable services to artists and art forms that have made a significant contribution to the quality of my life.”